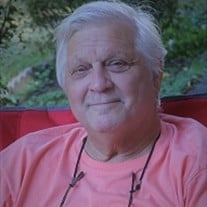 Mr. Timothy “Ray” Massengale, Sr., 71, of Columbia passed away on Friday, April 22, 2022, at his home unexpectedly. Born in Spartanburg County, SC, he was the son of the late Edgar and Ella Mae Bentley Massengale. Ray attended Greer High School where he achieved a perfect score on the math portion of the SAT exam and was awarded a Letter of Commendation from the National Merit Scholarship Program. He received a full scholarship to attend the University of South Carolina where he obtained a bachelor’s degree in Electrical Engineering. In 1973, he started work as a Power Engineer with Bellsouth/AT&T and stayed with the company his entire career that spanned 45 years. He could wire anything, figure out any math problem, and most likely knew every word in the dictionary (he read it for fun as a child). Ray loved his wife Sherry dearly, his wonderful parents, and his older brother, Jim, whom he always looked up to. He also loved his kids and all children. Ray himself had the heart of a child. He took care of his cats and could make a car last forever. Ray was a lover of the outdoors, word games, and golf. He attended Southside Baptist Church in Greer, as well as Colonial Heights Baptist Church, and New Heights Church in Columbia. Ray will always be remembered as a kind soul, as well as, a loving son, husband, and father. Ray is survived by his wife of 28 years, Sherry Outlaw Massengale; daughter, Leslie (Joe) Habachy of Atlanta; one son, Ray (Erin) Massengale, Jr. of Rockhill; step-sons, Robert Brinson of Columbia and Brian (Frances) Brinson of Blythewood; brother, Jimmy (Sondra) Massengale of Birmingham, AL; grandchildren, Alexander Habachy, Emile Habachy, Teddy Habachy, Elliott Massengale, Ethan Massengale, Alexis Brinson Cooper, Keith Brinson and Bailee Brinson and great-grandchildren, Aiden Cooper, Landyn Cooper and Braxton Cooper. He was preceded in death by his parents. The funeral service for Mr. Massengale will be held at 2 o’clock, Wednesday, April 27th, at Shives Funeral Home, Trenholm Road Chapel, 7600 Trenholm Road Ext., Columbia, SC 29223. Burial will immediately follow at Crescent Hill Memorial Gardens, 2603 Two Notch Rd, Columbia, SC 29204. The family will receive friends prior to the funeral service at the funeral home beginning at 1:30 o’clock.

Mr. Timothy &#8220;Ray&#8221; Massengale, Sr., 71, of Columbia passed away on Friday, April 22, 2022, at his home unexpectedly. Born in Spartanburg County, SC, he was the son of the late Edgar and Ella Mae Bentley Massengale. Ray attended... View Obituary & Service Information

The family of Mr. Timothy Ray Massengale, Sr. created this Life Tributes page to make it easy to share your memories.

Send flowers to the Massengale family.