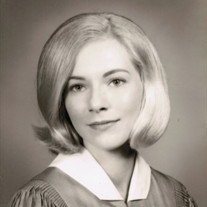 Treci Aston Senecal passed away peacefully, surrounded by loved ones, on October 3, 2021 at the age of 74. Born in Columbia, SC on January 5, 1947, she was the second child of Walter Grigg Aston and Elizabeth Aston (nee Marshall) and sister of Frederick W. Aston and Candace Ayers Mitchell. Upon graduating from A.C. Flora High School in 1965, she attended the University of South Carolina, where she met and married David Powers, Jr. Together they had a daughter named Amanda and a son named David Powers III. Shortly after his birth, Treci’s marriage to David ended, and she found herself the single mother of an infant and an 11-year-old. Never one to give up, she found work at Pro Family Unity and moved into a condo where, unbeknownst to her, a new chapter in her life was about to begin. Shortly after moving in, she met her neighbor, Richard Senecal, a noncommissioned naval officer. Perhaps it was the way they first looked at each other, but that meeting would mark the spark that led to their marriage in 1978. After Richard completed his military service and took a job with Duke Power, the couple moved to Rock Hill, South Carolina and welcomed their first child together, a daughter named Betsy. Two years, and a move back to the Columbia area would bring a second daughter named Deborah. Although Treci was busy raising four children, she always found time to do volunteer work in the community, at her children’s schools, and for various local and national political campaigns. A devout follower of Christ her entire life, and a dedicated member of The Church of Jesus Christ of Latter-Day Saints, Treci often volunteered at the Columbia LDS Temple. Over the years, she taught Sunday school to both children and adults, sang in the choir, held leadership positions in the women’s organization, (Relief Society) and was the church’s Columbia area communications specialist for many years. She also helped organize family history events for the community. Treci was predeceased by her parents and siblings. She is survived by her husband of 42 years, Richard Senecal; children Amanda Wansley (Drew), David Powers III (Darika), Betsy George (Jason), and Deborah Robison (Kevin); and grandchildren Chase Wansley, Justin Wansley, Devika Powers, Dylan George, Alexander George, Mira George, Noah Robison, and Mik Robison. The funeral service for Mrs. Senecal will be held at 10 o’clock on Friday, October 8th, at The Church of Jesus Christ of Latter-Day Saints, 2224 Augusta Hwy, Lexington, SC 29072. Burial to follow at Saint Peter’s Catholic Cemetery, 501 Elmwood Avenue Columbia, SC 29201. Shives Funeral Home, Trenholm Road Chapel is assisting the family. Memories and condolences may be shared at ShivesFuneralHome.com.

Treci Aston Senecal passed away peacefully, surrounded by loved ones, on October 3, 2021 at the age of 74. Born in Columbia, SC on January 5, 1947, she was the second child of Walter Grigg Aston and Elizabeth Aston (nee Marshall) and sister... View Obituary & Service Information

The family of Mrs. Treci Aston Senecal created this Life Tributes page to make it easy to share your memories.

Send flowers to the Senecal family.