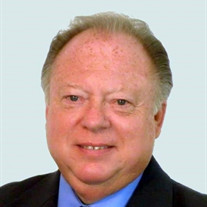 Dr. Vernon W. Pritchard, a devoted husband, loving father and grandfather, true patriot and most importantly, a born-again Child of God and Preacher of the Gospel of Jesus Christ, went home to be with his Lord and Savior on January 30, 2021. Dr. Pritchard, one of eight children, was born on March 19, 1948, in Sumter, South Carolina, to Jesse and Edith Pritchard. He grew up in Eastover, South Carolina, and attended Lower Richland High School where he met his beautiful wife and the love of his life for forty-four years, Gloria Skipper. Dr. Pritchard entered the United States Army where he proudly served for six years, including a tour in Vietnam. It was while in Vietnam he felt the Lord calling him into the ministry. He started Bible studies and earned the nickname “Preacher” while there. He attained the rank of Sergeant and was honorably discharged. Once out of the Army, Dr. Pritchard enrolled in Columbia Bible College and earned his Biblical Education Degree. He would later go on to earn a Doctorate of Bible Theology and a Doctorate of Divinity Degree. He was licensed to preach in November 1972 and ordained to preach in November 1974. He pastored for 46 years. During his years in the ministry, he preached in numerous churches in South Carolina, churches in five different states and six different countries for a total of over 200 different churches. He has had several of his messages published in periodicals. He taught in two different Christian Schools and six different Bible Colleges. Dr. Pritchard had a heart for missions and went on several mission trips, including the Philippines where he had several radio and television broadcasts. He also served on four different Mission Boards. The Lord blessed his ministry with over 200,000 professions of faith, approximately 300 missionaries supported, nearly 7,500 messages preached, approximately 200,000 King James Bibles and 500,000 gospel tracts distributed. His favorite passage of Scripture was Ephesians 2:8-9 “For by grace are ye saved through faith; and that not of yourselves: it is the gift of God; Not of works lest any man should boast.” Dr. Pritchard is survived by his sisters Hazel Taylor of Ridgeway and Minnie Walsh and brother-in-law Bobbie of Elgin, his brother, Floyd Pritchard and sister-in-law Libby, his daughter, Kristie Hardy and son-in-law Mike of Lexington, his son David Pritchard and daughter-in-law Leigh of Pelion, his granddaughter Brittany Willis and grandson-in-law Brendon of Lexington, his granddaughter Brooke Pritchard of Pelion, his grandson Brandon Myers and granddaughter-in-law Devon of Leesville, his grandson Jonathan Pritchard of Wagener and his great granddaughter Paisley Myers of Leesville. In addition to his parents, he is preceded in death by his wife, Gloria Pritchard, his sister Eva McCormack, and his brothers Leonard, Don and Alfred. The funeral service for Dr. Pritchard will be held at 2 o'clock, Wednesday, at Shives Funeral Home, Trenholm Road Chapel. The family will greet friends prior to the service beginning at 1 o'clock. Burial will follow at Southland Memorial Gardens. Please note that seating is limited due to Covid concerns and masks are required. Social distancing will be enforced to maintain a safe environment for all. A livestream may be viewed by visiting his tribute page at ShivesFuneralHome.com. In lieu of flowers, memorials can be made to the Truth Baptist Church Missions Program at 104 Cedar Lane Parkway West Columbia, S.C. 29170.

Dr. Vernon W. Pritchard, a devoted husband, loving father and grandfather, true patriot and most importantly, a born-again Child of God and Preacher of the Gospel of Jesus Christ, went home to be with his Lord and Savior on January 30, 2021. Dr.... View Obituary & Service Information

The family of Dr. Vernon W. Pritchard created this Life Tributes page to make it easy to share your memories.

Send flowers to the Pritchard family.