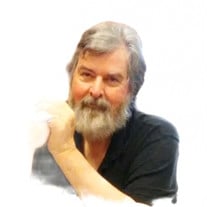 Walter Gerald Irwin, Jr., 74, of Columbia, died Monday, July 19, 2021. Born March 30, 1947, in Columbia, he was a son of Colonel Walter G. Irwin, US Army (Ret.) and Lenora Peake Irwin. Mr. Irwin had the unique opportunity to travel both domestically and abroad growing up. He graduated from Orleans American High School and celebrated his senior prom at the Eiffel Tower in Paris, France. Walter attended the University of South Carolina, where he earned his bachelor’s degree in civil engineering. Prior to his retirement, he was employed for over four decades with SCANA. Walter was also a licensed private pilot and enjoyed flying when he had the opportunity. Walter loved his family tremendously and would do anything to help anyone. He had a love for tinkering with cars and attended the Grand Prix while living in France. On another adventure while visiting Spain, he participated as a runner during the famous Running of the Bulls. During his time working at SCANA, he won SCANA’s Presidents Award several times and his coworkers joked that the award would one day be named after him. Walter was also known as a disco king and could tear up the dance floor with his wife, Mary Pat. He was a big fellow but a marshmallow inside, with a heart of gold. Survivors include his devoted wife of 49 years, Mary Pat Irwin; daughter, Katharine Lenora Irwin of Columbia; sister, Cheryl Irwin of Charleston; brother, Michael Irwin (Susan) of Columbia and his brother-in-law, Burnie Hook of Columbia. In addition to his parents, he was preceded in death by his sister, Karen Hook. The family will receive friends from 6 until 8 o’clock, Thursday, July 22nd at Shives Funeral Home, Trenholm Road Chapel, 7600 Trenholm Road Ext., Columbia, SC 29223. A family graveside service will be held at Elmwood Cemetery.

The family of Mr. Walter Gerald Irwin, Jr. created this Life Tributes page to make it easy to share your memories.

Send flowers to the Irwin family.