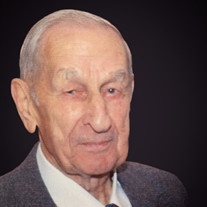 William Barnett, 93, of Columbia, died on Saturday, November 20, 2021. He was born in Newtonmore, Inverness-shire, Scotland, on June 1, 1928, a son of William Alexander Barnett and Elsie Murray Kellas Barnett. Mr. Barnett served in The Cameron Highlanders Regiment of the British Army from 1946 to 1948, the majority of which time he was stationed in northern Italy to help keep the peace won by Allied forces. After returning home to work in Newtonmore for three years, he joined the London Metropolitan Police in 1951, working out of New Scotland Yard until 1955. He received many interesting assignments to various posts throughout London during this time, but those he considered most fascinating gave him the opportunity to observe firsthand history-in-the-making in post-war Britain, most notably the security details for then-Prime Minister Winston Churchill at 10 Downing Street, the Royal Family at Buckingham Palace, and the coronation of Queen Elizabeth II. It was also during this time in London that Bill met the woman who would become the love of his life, Olive Helen Hodder, his nurse at Westminster Hospital while he was having his tonsils removed at the age of 26. They married in March of 1955 and five months later immigrated to the United States, settling in Richmond, Virginia. Several months after Bill and his new bride arrived in Richmond, Liberty Mutual Insurance Company hired him for business sales, and he so excelled in that capacity that Liberty Mutual moved him to Columbia in 1960 to open and manage a new office. The office grew under his leadership, and in 1968 he was elected to the Liberty Mutual Sales Hall of Fame. He retired from Liberty Mutual in 1988 to take care of his beloved Olive, who had been diagnosed with Parkinson’s disease two years earlier. He remained devoted to her for 19 more years until her death in 2007, after celebrating 52 years of marriage. Bill remained proud of his native Scotland throughout his life, even until his dying days, and was living proof of the adage, “You can take the man out of Scotland, but you can’t take Scotland out of the man.” He is survived by a daughter, Helen Elizabeth Barnett Sarratt, and son-in-law, Glenn R. Sarratt, of Greenville, and a son, John Douglas Barnett, and daughter-in-law, Roberta Terrell Gordon Barnett, of Columbia. He is also survived by four grandchildren and their families: Elizabeth Anne Sarratt Miller (John) and children Kathryn Ruth, Kristyn Naomi, Nathan Christopher, and Samuel Alexander of Carlisle, Pennsylvania; Craig Lowell Sarratt (Ashley) and children Ellie Madalyn and Caleb Matthew of Greenville; Julia Evelyn Sarratt Clayton (Jeremy) and children Charles Emery, Luke William, and Evelyn Jane of Matthews, North Carolina; and Sarah Margaret Barnett of Raleigh, North Carolina. His surviving siblings are Margaret Patricia Barnett Munro of Aberdeen, Scotland; and Allan Murray Barnett of Aviemore, Scotland. His brother, Allister Sandison Barnett of Newtonmore, Scotland, died on November 30, 2021. He was predeceased by two sisters, Anne (“Nan”) McDonald Barnett Wade of Kingussie, Scotland; and Elizabeth (“Betty”) Cantlay Barnett Gow of Roanoke, Virginia. The family expresses their appreciation to the caregivers at Right at Home of West Columbia and the medical staff at Palmetto Health Baptist Medical Center and Agape Hospice House, both of Columbia, for their care of Mr. Barnett in the final months of his life as he struggled with declining health. A memorial service for Mr. Barnett is scheduled for Saturday, December 4, 2021, at 3:00 p.m. at First Presbyterian Church, 1324 Marion Street, Columbia, with visitation immediately following in Jackson Hall of the church. The service will be live streamed at https://www.firstprescolumbia.org. Dr. Mark E. Ross and Rev. David H. Lauten will officiate. Shives Funeral Home, Trenholm Road Chapel, is assisting the family. In lieu of flowers, memorials may be made to the Robert Burns Society of the Midlands (earmarked “Dick & Becky Strachan Cultural Heritage Fund”), P.O. Box 1953, Columbia, SC 29202-1953, or at http://rbsm.org/scholarship/.

The family of Mr. William Barnett created this Life Tributes page to make it easy to share your memories.

Send flowers to the Barnett family.