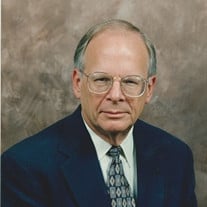 Zeno Hart Montgomery - Born June 1, 1935, Zeke ended a long, hard battle with Amyotrophic Lateral Sclerosis (Lou Gehrig’s Disease), which he fought with courage and determination until his Lord and Savior embraced him on May 18, 2021. The beloved husband of Helen M. “Nita” Montgomery leaves a legacy of love and service to his family, friends, and community. All will remember his joy, sense of humor, and the stories he loved to tell. Born in Kingstree, South Carolina, he moved to Columbia to attend the University of South Carolina. He was a member of Phi Kappa Sigma fraternity while at Carolina. The University awarded him a Bachelor of Science in Business Administration with a major in accounting in 1957. While at Carolina, he met and fell in love with Nita, who he married in 1958. After a stint in the Army, he returned to Charleston, where they started their family and began his public accounting career. In 1963 he returned to Columbia, where he resided until his passing. Zeke gave himself to his church, family, profession, and community during his lifetime. Zeke was an active member and Elder at First Presbyterian Church. He served on the church Extension committees of the Congaree Presbytery of the Presbyterian Church, US, and the Catawba Presbytery of the Associate Reformed Presbyterian Church. Zeke loved his family, history, and heritage. He was a member of the St. Andrews Society of the City of Columbia and served as a board member and national treasurer of the National Montgomery Society. Zeke contributed to the South Carolina Association of Certified Public Accountants by serving in numerous capacities. He was President of the Association in 1980. In 1986 he received an award for Outstanding Service to the Accounting Profession. On the 100th Anniversary of the Association, he was named one of the most influential members of the profession during that first 100 years. From 1988 until 1994, he served as a member of the South Carolina Board of Accountancy and as Board Chair in 1993 and 1996. Zeke also served the American Institute of Certified Public Accountants as a member of the Board of Directors, Member of Council, Board of Trustees, and many other positions. During his career, Zeke practiced with several firms but was most proud of his role as one of the founding members of the Columbia office of Elliot Davis, LLP. He retired from Elliott Davis in 2000 and worked as an advisor and consultant at Elliott Davis for many years after that. Zeke was a long-time member of Sertoma and served the community in many other ways. He was a member of the Columbia College Planned Giving Advisory Council, the Columbia and South Carolina Chambers of Commerce, the Board of Directors of the Cultural Council of Richland and Lexington Counties, the Board of Directors of the Columbia Metropolitan Convention and Visitors Bureau, the board of Directors and Chairman of Prevent Child Abuse, South Carolina, the Board of Directors of the Columbia City Ballet and the Board of Governors of Spring Valley Country Club and the Spring Valley Homeowners’ Association. He was always ready to give his time and talents to his community. He is survived by his wife of sixty-three years, Helen M. “Nita” Montgomery, daughter Pamela M. Mills (Terry) of Georgetown, SC; son Michael H. Montgomery (Victoria) of Lexington and his beloved grandchildren to whom he was “Chief,” Hart W. Montgomery of San Francisco, California, Faris E. Montgomery of Washington, DC, Payne M. Montgomery (Lindsay) of Washington DC and Kirby Q. Mills of Austin, TX., cousins, nieces, and nephews, and their children and grandchildren. He enjoyed entertaining his grandchildren, grand-nieces, and grand-nephews as Santa at the annual family Christmas gathering in his home for many years. Chief was always thrilled to spend time with his grandchildren, and all will remember their times with him from backyard pool games, chess challenges, golf rounds, and beach trips to his famous family history tour, which ended with a meal at Brown’s barbeque in Kingstree. He loved spending time with his family and friends, attending Carolina sporting events, and dancing with his wife at Saraband, St. Andrews Society events, and at every other opportunity. Zeke’s parents, Samuel John Montgomery, and Meta Bookhardt Montgomery, predeceased him. The family would like to give particular thanks to his caregivers, a blessing to all, Natalie Taylor, Doris Jones, Joyce Sims. They also want to thank Gayle Chifolo, Terri Hutto, and the Staff and Nurses at the Nursing home WildeWood Downs. The funeral service for Mr. Montgomery will be held at 11 o’clock, Saturday, May 22nd at First Presbyterian Church, 1324 Marion Street, Columbia, SC, with Rev. David H. Lauten officiating. Burial will follow the service in Williamsburg Presbyterian Cemetery, Kingstree, SC, at 2:30 o’clock. The family will receive friends from 5 until 7 o’clock, Friday evening at Shives Funeral Home, Trenholm Road Chapel, 7600 Trenholm Road Ext., Columbia. A livestream of the service may be seen by visiting his tribute page at ShivesFuneralHome.com Memorials may be given to the First Presbyterian Church of Columbia, the Williamsburg Historical Society of Kingstree, the ALS Association, or a charity of your choice. “Whoever finds their life will lose it, and whoever loses their life for my sake will find it” Matthew 10:39.

Zeno Hart Montgomery - Born June 1, 1935, Zeke ended a long, hard battle with Amyotrophic Lateral Sclerosis (Lou Gehrig&#8217;s Disease), which he fought with courage and determination until his Lord and Savior embraced him on May 18, 2021.... View Obituary & Service Information

The family of Mr. Zeno Hart Montgomery created this Life Tributes page to make it easy to share your memories.

Send flowers to the Montgomery family.